In this study, the electronic properties of DNA and RNA nanowires are investigated by means of band structure and density of states using the framework of the tight-binding model and the Green’s function formalism. Two different manners are considered for performing calculations: with zero and nonzero on-site energies. In each manner, the infinite DNA double-strand has been modeled by three different models: a fishbone model and two different double-strand models, and a half ladder model has been used for modeling the infinite RNA strand. Inside each system, the size of the unit cells is increased step by step for a more accurate simulation of an actual DNA and RNA nanowire. The results reveal that in both manners, increasing the number of sites inside the unit cells of all models reduces the influence of randomness on the electronic properties. In addition, the individual consideration of the sugar-phosphate backbone in the models has created the intra- and inter-bandgaps in both the band structure diagrams and the density of states curves. To investigate the effect of damage on the electronic properties of the studied systems, it has been assumed that 2 and 8 defects occur in each system. It has been observed that increasing the number of bases along the unit cell of the models suppresses the influence of damage on the electronic properties of DNA and RNA molecules. It was also found that for nonzero on-site energies, the effect of damage becomes more pronounced. Also, by the appearance of defects in the models, the localized sharp peaks occur in the DOS curves. Overall, the introduced method in this paper can be applied to study the electronic structure of damaged DNA and RNA nanowires.

© The Author(s), under exclusive licence to Società Italiana di Fisica and Springer-Verlag GmbH Germany, part of Springer Nature 2022. Springer Nature or its licensor holds exclusive rights to this article under a publishing agreement with the author(s) or other rightsholder(s); author self-archiving of the accepted manuscript version of this article is solely governed by the terms of such publishing agreement and applicable law. 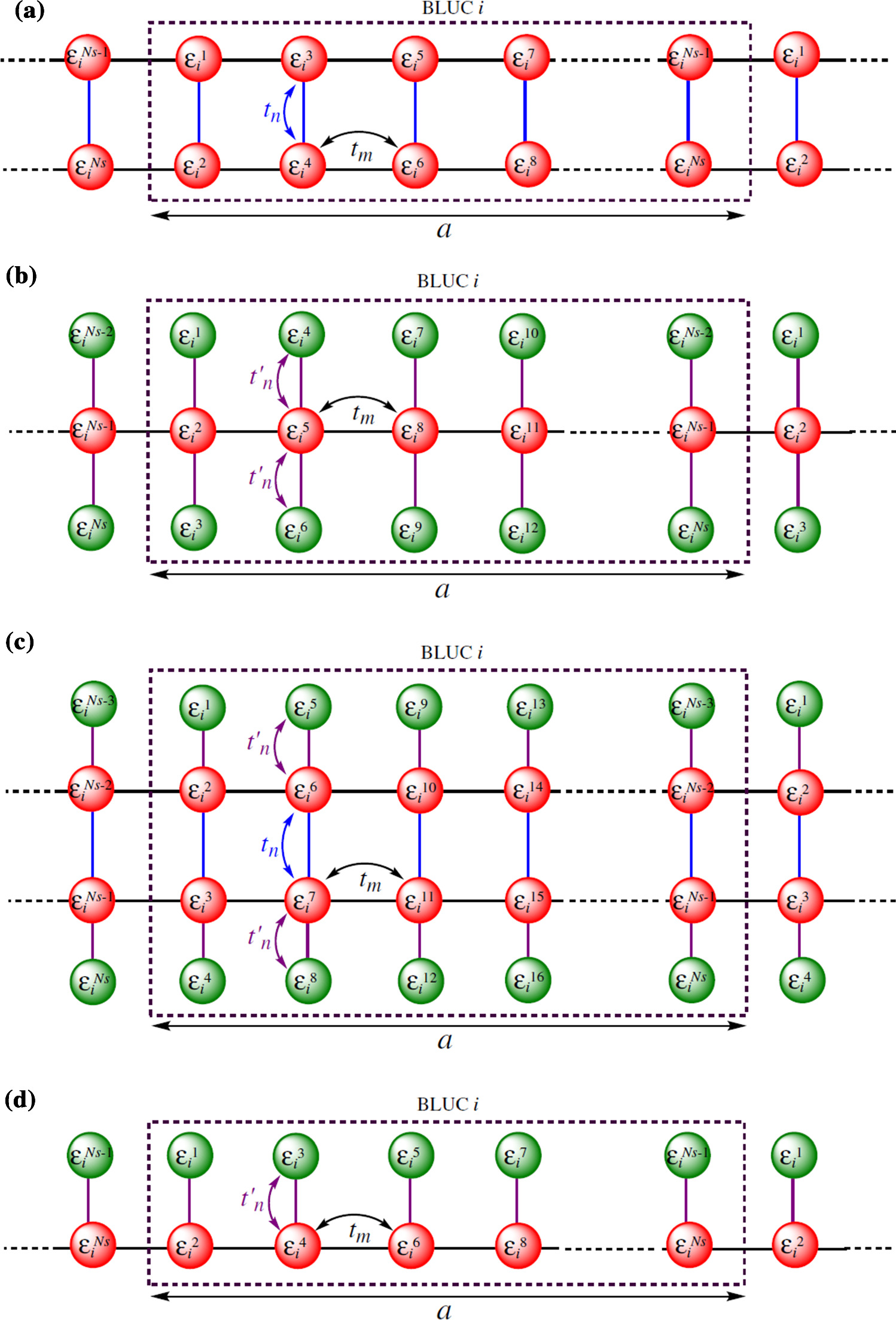