In the present work, the fully differential cross section of single ionization of helium atom is calculated by fast proton impact. The calculations are done as a four-body formalism and by using a post-version continuum distorted wave theory with considering symmetric wave functions in the both initial and final channels. The ionization is considered from the ground and

excited states of helium atom. In order to investigate the role of the static electronic correlations, the calculations are performed by single-parameter Hylleraas and two-parameter Silverman as the ground state of helium atom wave functions. The results of the present theory are compared with the experiment in 1MeV proton impact energy and various values of the ejected electron energy and momentum transfer in the scattering and azimuthal planes. The results show that the present theory is able to predict the binary and recoil peaks as well as the experiment for ejected electron energies and momentum transfers are discussed in this manuscript. 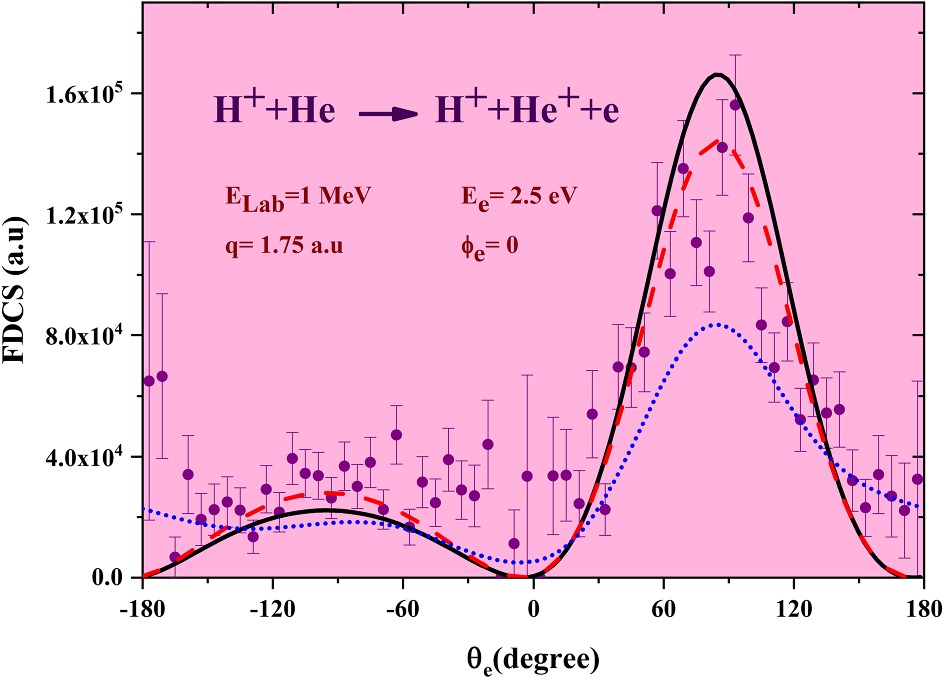